Protein Highway Inaugural Board of Directors

BOARD OF DIRECTORS SEPTEMBER 2019 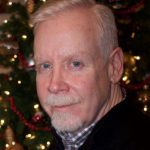 Patrick Donnelly, Ph.D., CAE joined AOCS (American Oil Chemists’ Society) as its Chief Executive Officer in 2012. Prior to this Dr. Donnelly worked for over 20 years with, and for, major technology providers in the agricultural sector to advance science and regulatory policy. He began his career in Washington, DC as a Congressional Science Fellow working for the Agriculture Committee of the U.S. House of Representatives, and later served on the staff of the U.S. Senate Committee on Agriculture, Nutrition and Forestry. Dr. Donnelly is a Certified Association Executive (CAE) and holds an M.S. and Ph.D. in Reproductive Physiology from West Virginia University. He completed his undergraduate work in Resource Development majoring in animal science at the University of Rhode Island. 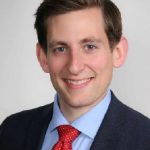 Anders Victor, EDFP Along with other members of GREATER MSP’s Business Investment team, Anders works with various partners, stakeholders and influencers to facilitate business investment and job creation in the Minneapolis Saint Paul region. Anders has worked at GREATER MSP since 2014, and has engaged directly with a variety of food, health technology, and enterprise technology companies considering the region for expansion. Anders graduated with master’s degree in Public Policy from the University of Minnesota, where he authored and co-authored published research on topics including genetic engineering policy, neuromodulation and occupational licensing in the healthcare sector. Anders holds an Economic Development Finance Professional Certification from the National Development Council, and is currently working to receive his Certified Economic Developer (CEcD) designation from the International Economic Development Council.

Venkatesh Meda, P.Eng., is currently a Professor at the Chemical and Biological Engineering Department of College of Engineering, University of Saskatchewan, Canada. He began as a faculty member at UoS in 2002 after completing his post-graduate degrees in bioresource engineering (M.Sc: 1996; Ph.D: 2002) from McGill University, Canada. He has established his research and development effort on ‘post-harvest and value added processing’ of agri-foods including biological materials through the utilization of electro-technologies and enhanced inter-disciplinary collaboration at UoS. His expertise in utilization of microwave, infra-red, and UV energy in agri-foods has been recognized worldwide. He has established leadership in areas related to ‘microwave material processing’ (e.g, drying) research capabilities, globally. He has supervised over 25 graduate students, PDFs, visiting faculty/scholars from India, Brazil, Iran, China, and Turkey. Dr. Meda is recognized for his expertise in providing strategic leadership, business entrepreneurship education, international R & D partnerships and innovation enterprise skills related to agri-food and material processing sector (plant based proteins) in the overall value-chain economy. He was recently recognized as a Fellow of the Canadian Society for Bioengineering (CSBE). 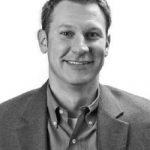 Mark Luecke, Managing Director and CEO, has 20+ years of experience in starting, leading, advising, and successfully exiting technology and other growth-oriented companies. He was raised on a small farm in South Dakota, graduated with honors from the University of South Dakota’s School of Business, and earned his CPA while advising his clients at a global accounting and consulting firm in Minneapolis, Minnesota. Mark was recruited by one of his largest clients where he co-managed the acquisition of 25 businesses and $1 billion in annual revenue. Following the consolidation of these businesses, Mark started a new business unit that generated over $100 million of new revenue with its partners, completed the turn-around of another business unit, and was named VP of Services. The company exited to a Fortune 500 manufacturer, where Mark served as Global Services VP. Successfully transitioning back to his entrepreneurial roots, Mark served as President and COO of a private equity firm and Managing Director of an investment banking firm in Denver, Colorado where he started, provided leadership, advised, and exited a diversified portfolio of companies. Mark was recruited back to South Dakota to start Innovation Partners, an early stage venture capital firm, where he serves as Managing Director and CEO. Innovation Partners provides executive leadership to its portfolio companies in ag-tech, such as Prairie AquaTech and Medgene Labs, and has supported over $200 million in financing activities. Mark was named to Prairie Business Magazine’s Top 40 Under 40, and currently serves on the board of a number of organizations; he also competes in several outdoor activities. 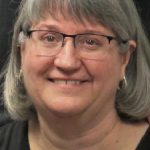 Lee Anne Murphy, PhD PAg A proud graduate of the University of Manitoba, Lee Anne combines a solid technical background with extensive experience in the not for profit and private sectors. Her forte is moving innovative ag concepts forward from the lab bench into practice. Two recent examples: leading a team that patented technology for deriving native protein from oilseed press cakes and optimizing diagnostic testing technologies for crop pathogens. The Murphy’s operate a multigenerational farm in Fort Whyte, Manitoba where they conduct crop research, produce the world’s best garlic and serve as reluctant hosts for thousands of Canada Geese during their fall migration. 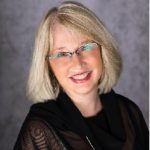 Allison Ammeter, and her husband of 30 years, Michael, operate a third-generation grain farm near Sylvan Lake, Alberta. The Ammeters crop approximately 1600 acres in a rotation of canola, wheat, barley, fababeans and peas, practicing minimum tillage and using variable rate seeding technology. Due to the location close to the Rocky Mountains, the farm experiences an extremely short growing season every year by North American standards.

Allison is a director and past-chair of Alberta Pulse Growers, current chair of Pulse Canada. She served as Canadian Chair of the International Year of Pulses 2016, and is currently chair of the Plant Protein Alliance of Alberta. Her goal is to serve the pulse growers and food industry in as many ways as possible, encouraging farmers to GROW MORE PULSES, consumers to EAT MORE PULSES, and the food industry to USE MORE PULSES. 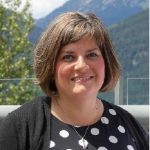 Patricia was born and raised in Winnipeg, Manitoba. She obtained her BSc in Agriculture with a focus on Plant Breeding and Genetics from the University of Manitoba in 1997, and completed her MSc in 2000. In 2004, Patricia returned to the University of Manitoba and Minnesota to obtain her PhD in wheat breeding and molecular pathology. Although born a city girl, Patricia has always had a love for agriculture. While working at Canterra Seeds, Patricia met and married her husband in July 2007 and moved to his family’s third generation seed farm southwest of Morden, Manitoba. Patricia then accepted a position with Manitoba Agriculture where she has remained for the past 12 years in a variety of leadership roles. Patricia has also served in roles with the Manitoba Seed Grower Association, the Canadian Seed Grower Board of Directors, the Canadian Seed Grower Annual General Meeting Planning Committee, the Manitoba Crop Variety Evaluation Team, the Bioscience Association of Manitoba, the Research Committee for Western Grains Research Foundation, and with several Federal/Provincial/Territorial Working Groups, Roundtables and agricultural committees. In July 2019, Patricia received an Honorary Life Award from the Canadian Seed Grower Association for her contributions to the agriculture industry.